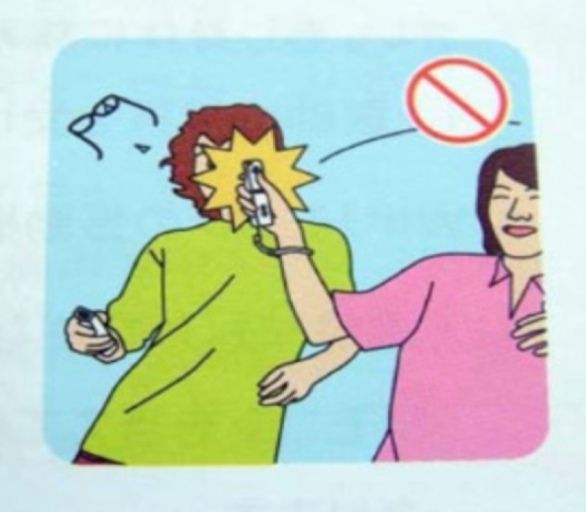 From Nintendo elbow to Wiiitis – A different take on sports injuries!

They searched two large medical databases and found 38 relevant articles. Injuries and problems ranged from neurological and psychological to surgical. They report their findings in The BMJ.

Early reports included seizures (dubbed “Nintendo epilepsy”) and two cases of Nintendo related incontinence in children who were so engrossed in Super Mario Bros that they ignored their urge to go to the toilet.

In 1991, a case of intense neck pain (“Nintendo neck”) was reported in a child playing his Game Boy for 30 minutes in a “hunched over” position. Similarly, “Nintendo elbow” was diagnosed in a 12 year old boy after playing his Nintendo “a lot” for more than a month. Symptoms resolved with an anti-inflammatory drugs and rest.

Nintendo related problems in the thumb, hand and wrist are referred to as “nintendinitis” or “nintendonitis” and were associated with strenuous game play using a traditional controller with buttons or a joystick.

After receiving more than 90 complaints, Nintendo handed out protective gloves to all owners of Mario Party, in which players had to rotate the joystick quickly with their thumb.

In 2006, Nintendo introduced the Wii, a console with a motion-sensitive remote controller. In its most popular game, Wii Sports, players swing these Wii remotes to participate in sports such as tennis and boxing.

playing Wii Sports for several hours. Another report described a case of carpal tunnel syndrome in a woman who played a bowling game for six to eight hours daily for 10 days. There are also two reports of Achilles wiiitis – a (partial) tear of the Achilles tendon.

Overall, tennis was the most dangerous Wii sport. The most common injuries were hand lacerations and bruising.

Some life threatening Wii related injuries were also found, including a 55 year old woman who sustained a massive haemothorax (chest bleed) after falling on her sofa while playing tennis on her Wii. Another patient required hernia surgery after exercising with Wii Fit. Two patients were admitted to hospital with stroke after playing the Wii.

Most reported problems related to use of the Nintendo are mild, and, given the number of gaming systems sold, the prevalence is low, write the authors. These days Nintendo even warns players with in-game messages that remind them to take a break.

“Overall, a Nintendo is a relatively safe game, they conclude. However, those who play it should not swing the controller too hard, they should be careful about where they play, and they should take frequent breaks.”